There is increased interest, in high-performance computing as well as in commercial data centers, in so-called scale-out systems, where large numbers of low-cost and low-power-dissipation servers are used for workloads which have available coarse-grained parallelism. One target class of devices for building scale-out systems is the class of low-power processors, such as those based on the ARM architecture, the Power Architecture, and the Intel Atom processor. This article presents a detailed characterization of three contemporary low-power processors covering all the aforementioned IS As, all implemented in state-of-the-art 45nm semiconductor processes. Processor performance, power dissipation, thermal load, and board-level power dissipation apportionment are presented, via a combination of hardware performance counters, OS-level timing measurements, current measurements, and thermal imaging via a microbolometer array. It is demonstrated that while certain processors might provide low power dissipation, the most energy-efficient platform depends on the characteristics of the application, and the design of the entire platform (including integrated versus on-board peripherals, power supply regulators, etc.). The lowest-power platform showed a power-efficiency advantage of almost four times lower idle power dissipation, and almost five times lower active power dissipation for a single-threaded workload, versus the highest-power-dissipation platform studied. The latter however achieved a factor of two better energy-efficiency than its closest competitor, when executing a throughput-oriented workload, due to significantly better compute performance and available hardware concurrency. 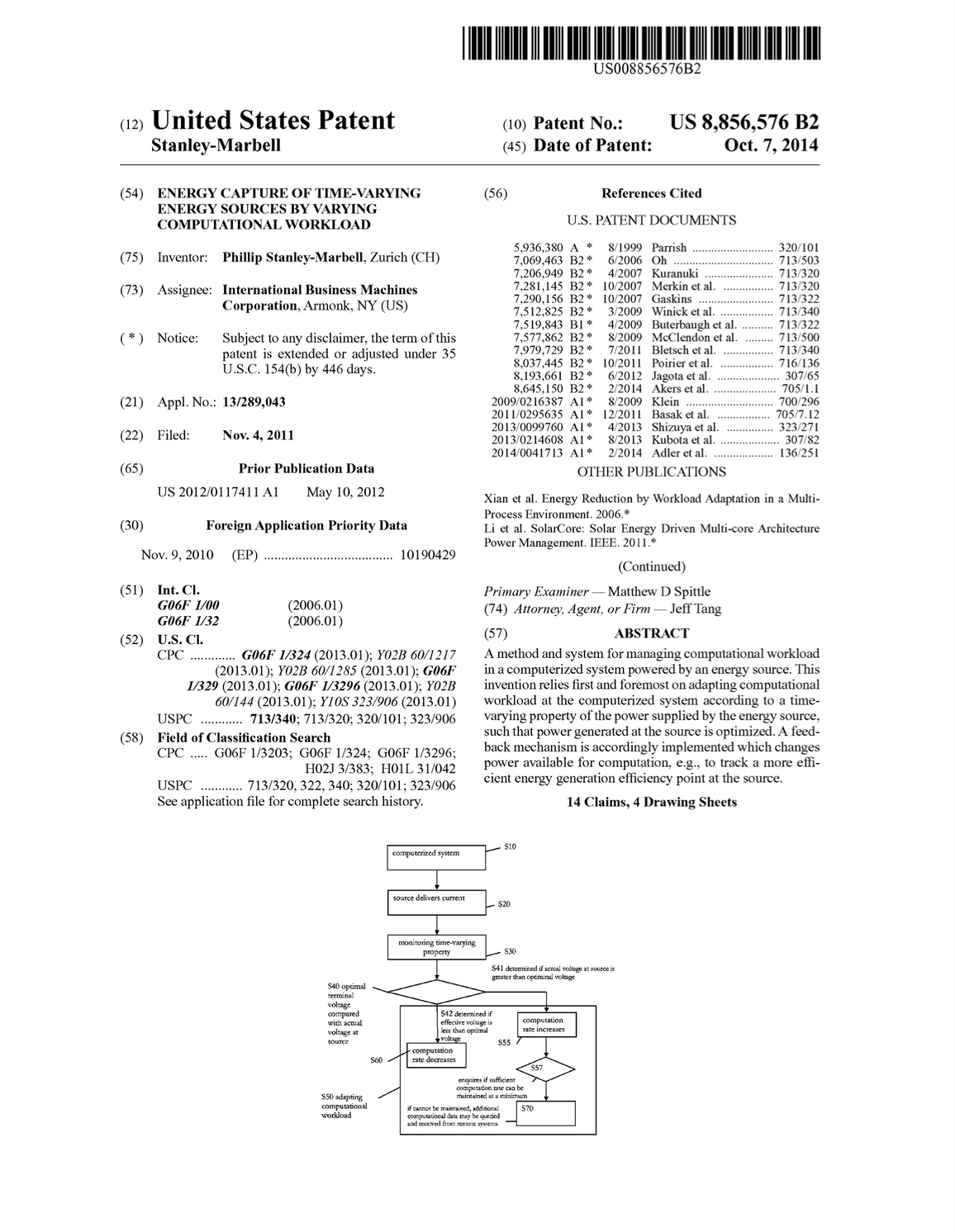 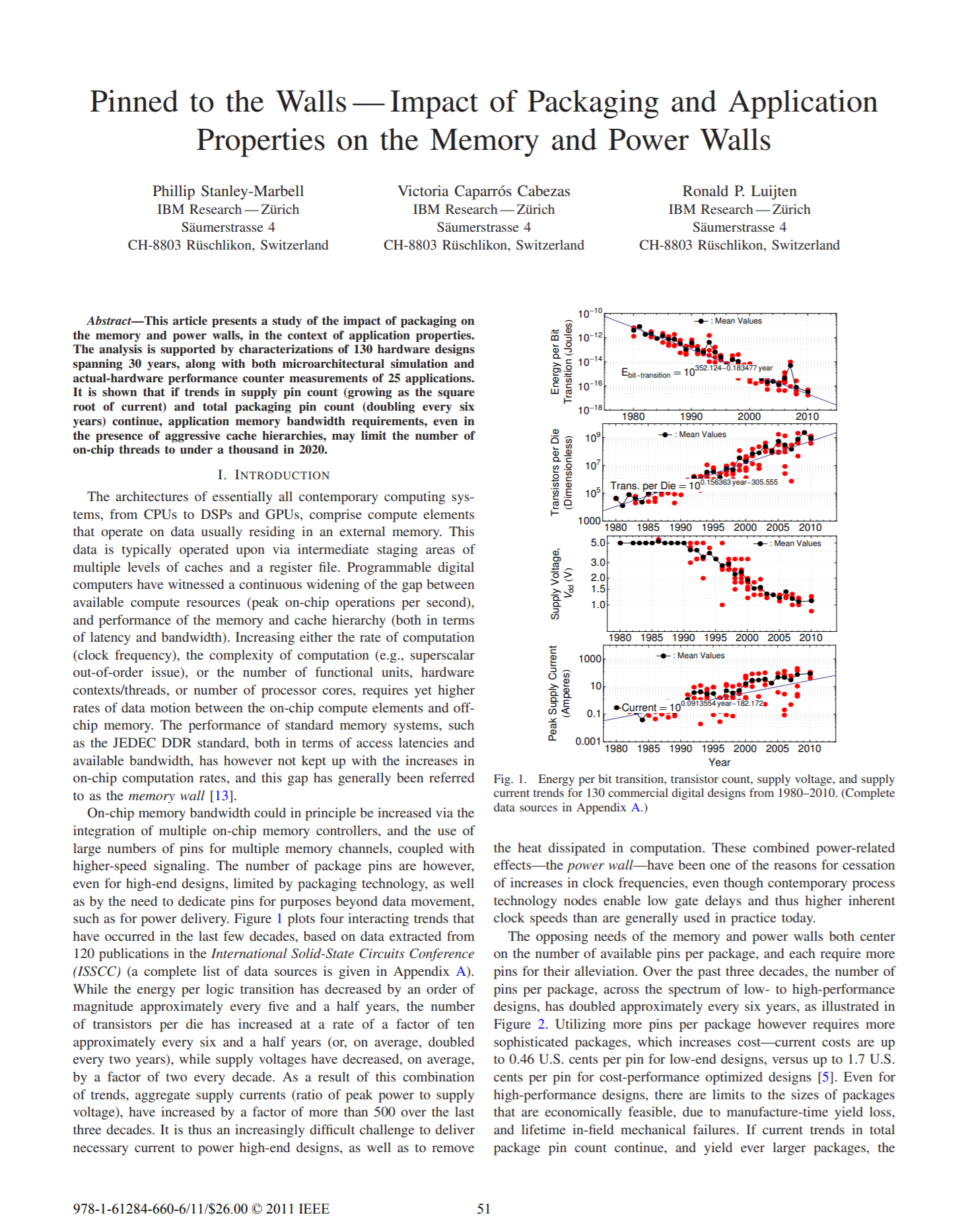 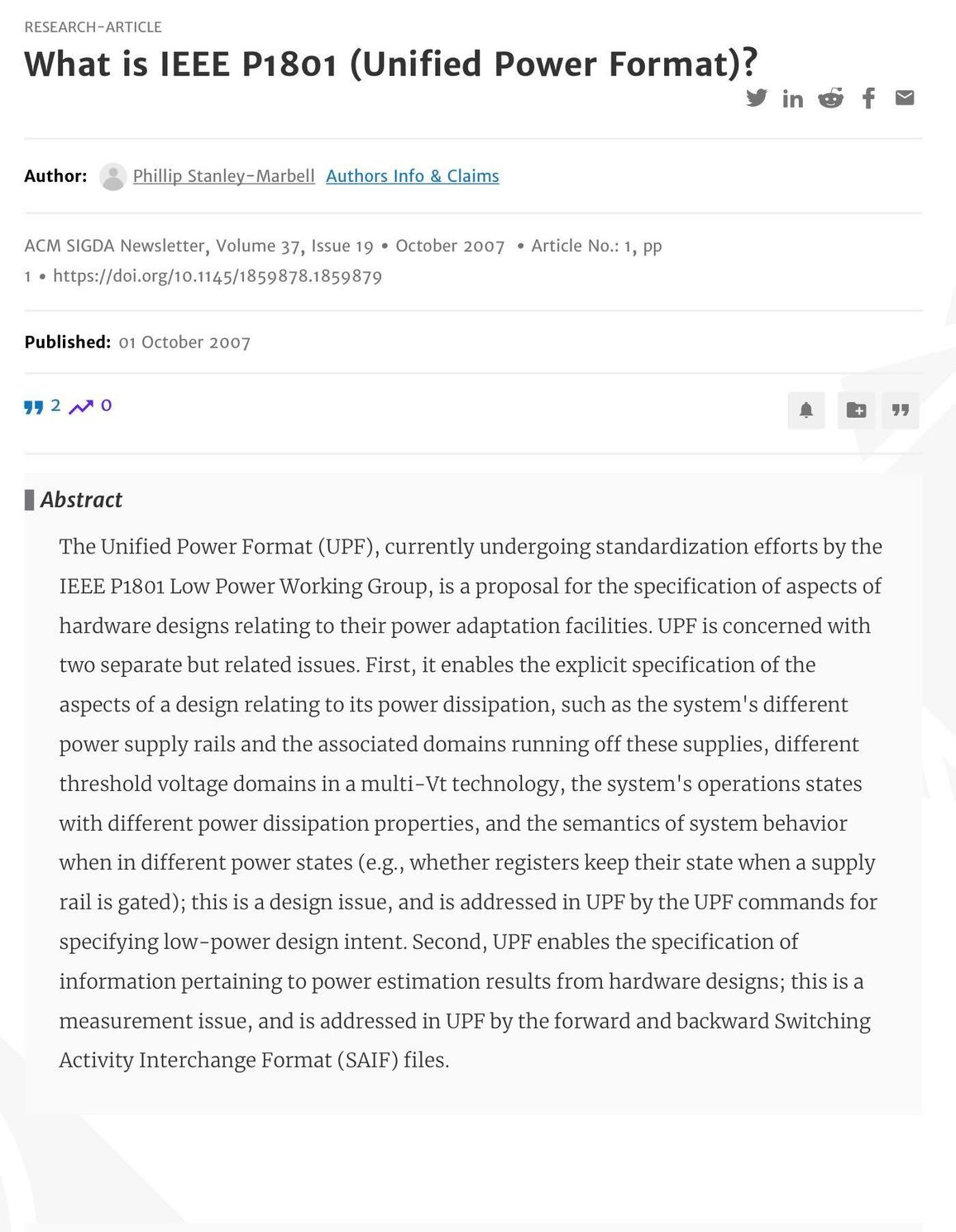 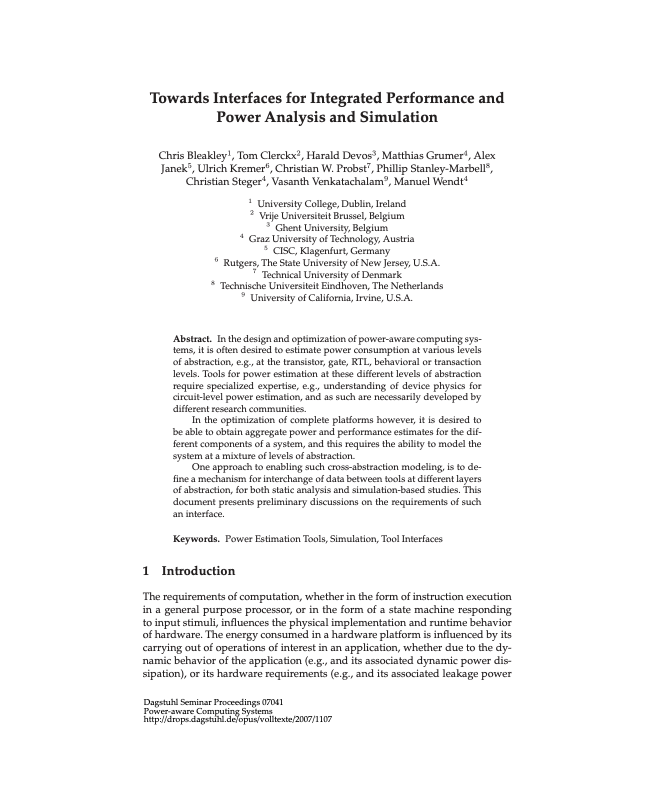 C. Bleakley et.al. “Towards Interfaces for Integrated Performance and Power Analysis and Simulation”. Proc of the Dagstuhl Seminar 07041, 2007.

Towards Interfaces for Integrated Performance and Power Analysis and Simulation